Emergency Management Strategy for Canada & the National Risk Profile: What it Means on the Ground in BC

The Emergency Management Strategy for Canada seeks to strengthen Canada’s ability to prepare for, respond to, and recover from disasters. As part of this, the National Risk Profile is an intergovernmental and whole-of-society approach to identify, analyze, and address risks and capability gaps. In its first stages of implementation, it is enhancing our understanding of the risks posed by floods, wildfires and earthquakes. This session will examine the hazard and risk landscape in BC, socialize the work taking place as part of the federal hazard-specific initiatives within the National Risk Profile, and connect the work of the various pieces and initiatives with the audience.

Participants will hear the latest on the disaster risk reduction and climate change adaptation landscape in BC. This will set the scene to learn about work at the federal level to help make Canada more resilient to earthquakes, wildfires and floods. Specific initiatives of the National Risk Profile will provide highlights of their work, including case studies, mapping initiatives, and risk assessments. Participants will be exposed to new data and knowledge being generated, and opportunities to access and engage with it. 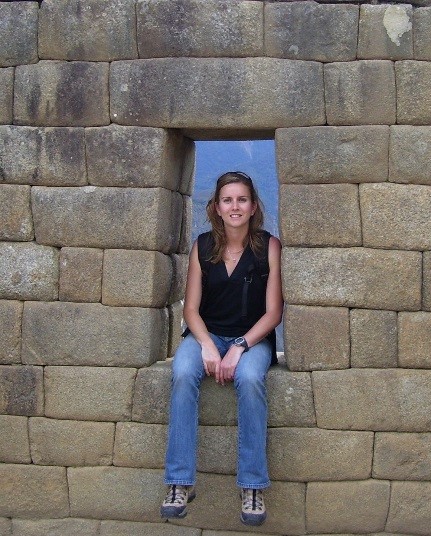 Malaika Ulmi is a geoscientist with the Geological Survey of Canada (GSC). She is part of the management team of the GSC’s Pacific Division and the Public Safety Geoscience Program which conducts research across Canada on the hazards and risks associated with earthquakes, volcanoes, submarine and terrestrial landslides, tsunamis, and space weather.

Her interests lie at the intersection of science and action. She worked in South America as part of a CIDA-funded project with the governments of seven Andean nations, leading strategic planning processes for geoscience agencies and supporting the development of standards in hazard mapping. She has worked in the field in western Canada mapping Holocene volcanics; offshore British Columbia conducting surveys to better understand the Cascadia subduction zone; and in the Arctic as part of coring and seismic experiments to map seafloor geohazards.

When not looking at rocks, Malaika enjoys trail running, mountain biking, and cross country skiing. She lives in Cumberland, BC with her husband and son.

Dave Peterson was appointed to his present role as Assistant Deputy Minister of Recovery, Planning and Disaster Risk Reduction Division for Emergency Management BC (EMBC) in the Ministry of Public Safety and Solicitor General in February 2019.

This role enables EMBC to assume the lead for disaster recovery across the provincial government and is part of a greater emphasis within EMBC on disaster recovery, mitigation and preparedness and the advancement of a number of new initiatives that are currently underway, including the modernization of the Emergency Program Act and Emergency Support Services, and implementing initiatives consistent with the Sendai Framework for Disaster Risk Reduction.

More recently, Dave has been actively engaged with ministries, agencies and First Nations leaders as part of EMBC’s leadership role in the province’s response and recovery actions as the result of COVID-19.

Dave was raised on Vancouver Island, and then moved to the interior of British Columbia. He currently resides in Vernon and travels frequently to Victoria and throughout the province during the course of his work. He has two teenage children, and loves to spend his winter days skiing.

Stéphanie has also held a variety of senior level corporate positions at the Treasury Board of Canada Secretariat. Before joining the Public Service of Canada in 1998, Stéphanie worked for two years in Singapore in international marketing, public relations and event planning.

Rory has been with Natural Resources Canada since 2006. He is currently the Director General for the Hazards, Adaptation and Operations Branch, Lands and Minerals Sector, which conducts scientific research and monitoring to protect Canadians from natural hazards such as earthquakes, space weather and radiation, helps Canadians become more resilient to climate-related hazards, and provides logistics for scientific research and operations across several federal departments in the Canadian Arctic. Rory plays a lead role on the implementation of the federal National Risk Profile, and leads the work of the federal Interdepartmental Table on Earthquake Risk.

During his time at Natural Resources Canada, his responsibilities have included guiding research and industry support on innovation and sustainability in the forest and mining sectors, including renewable energy, communicating the impact of NRCan’s work to partners and stakeholders, creating an environment to sustain excellence in science, and advancing science-policy integration. Prior to joining the federal public service, Rory undertook over a decade of extensive international experience in economic development work in Africa and the Middle East, and holds an MSc in Resource Economics from the University of British Columbia in Vancouver.

Michael Norton is Director General of Natural Resources Canada’s Northern Forestry Centre (NFC), located in Edmonton, Alberta. NFC is a research centre comprising over 100 employees, with particular strengths in wildland fire, forest health, land reclamation, and climate change. Through extensive partnerships with the public, private and academic sectors, NFC supports the sustainable management of forests as a foundation for a vibrant industry. Mike plays a national leadership role on wildland fire as executive lead of the Canadian Forest Service’s Wildland Fire program, and as co-chair of the Canadian Council of Forest Ministers’ Wildland Fire Management Working Group. He is a member of the Board of Directors of the Canadian Interagency Forest Fire Center, and served as Chairperson in 2018.

Paula graduated from the University of Toronto with a specialization in surveying. Working the past 27 years at Natural Resources Canada, she has led and managed geomatics projects and programs in the areas of geospatial data infrastructure, international collaboration, open geospatial data, and policy analysis, representing Canada in various committees and technical fora, geospatial standards, developing and delivering training, and human resources management.

Currently her focus is on managing flood mapping activities by leading and advising a federal initiative for national flood mapping in support of risk mitigation for community resilience. She has also managed geospatial data projects to implement a national elevation data strategy, geographical names data management, and national scale datasets.

Brad is a Research Director with Natural Resources Canada at the Pacific Forestry Centre in Victoria, British Columbia. He is also supports Mike Norton as a member of the leadership team for the Canadian Forest Service Program, Minimizing the Risks and Impacts of Wildfire. Prior to becoming a director he was a research economist and head of the Industry, Trade and Economics Research Program at the Pacific Forestry Centre. Current research includes the cost effectiveness of wildfire mitigation activities and developing a framework to estimate the full costs of wildfire in Canada.

Brad is an Adjunct Associate Professor at the University of Victoria, Department of Economics where he has worked with a large number of graduate students. He holds a Ph.D. in Forest and Resource Economics in the Faculty of Forestry at the University of British Columbia. Past research has included the economics of forest disturbances, forest product trade and the role of value-added processing in forest sector development.